WHERE ALL MARTIAL ARTS COME TOGETHER

Welcome to Family Jiu Jitsu Karate, where we put a premium on high-quality Martial Arts training.  Our roots are deep in the New Braunfels community, and we strive to provide the best self defense for any situation. We help both adults and children build confidence and long-lasting success in all aspects of your life.. Our system joins the best elements of traditional stand-up Karate and Jiu Jitsu into one cutting-edge workout.

Family is more than just our name. It is the core of who we are. You will quickly find yourself part of a very special bond of friends who really want the best for you, both on and off the mats.  Our goal is to make you feel part of this bond from day one. With high-level coaching, world-class instruction and incredible peer support, you can get the most out of each class, knowing your success is our priority.

We believe there is strength in the fine balance between fitness and Martial Arts. With our programs, you will keep your muscles moving and your heart racing, while honing key character skills like respect, discipline and perseverance. While we teach traditional fighting styles, we also believe that diversity is essential to the Martial Arts toolkit. We draw from many fighting disciplines to bring you the most useful strategies for your self defense and personal safety.

Our mission is simple: To build both children and adults of all ages and walks of life into well-rounded defenders and fighters. We work hard to make our programs accessible to everyone in New Braunfels and the surrounding areas.

Whether your goals include the competition setting, or safety in real-world violence, at Family Jiu Jitsu Karate you will obtain the skills to overcome any challenge life throws your way. 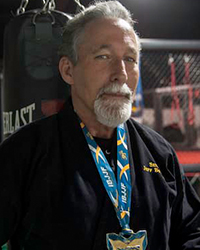 Grand Master Jeff Bonugli, affectionately known as Hanshi, has a deep love of mentoring his students in all aspects of their lives. His life experiences and lessons are his tools to help you and your family become your best self! 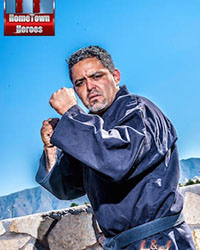 Sensei Johnny Copado is a 5th-degree Black Belt in Soryu Karate, Blue Belt in BJJ. He has over 20 years of experience in Martial Arts, and over 8 years competing all over the U.S. He previously owned a Martial Arts school in the 1990s that was ranked #21 in the U.S. in Sport Karate International.

Johnny is dedicated to building children and adults into well-rounded defenders and fighters. By combining Jiu Jitsu and stand-up Karate, students will be fully equipped and prepared, whether in practice, competition or real-life situations. 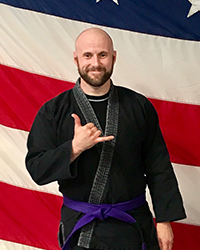 Martial Arts is a passion for Frank and he has been involved in some form of it since 1998. In that time he has trained in: Wrestling, Boxing, Muay Thai, Judo, Brazilian Jiu Jitsu and Soryu Karate. He has applied lessons he learned to help him accomplish his goals as a high school and college athlete, as a United States Marine serving stateside and in Iraq, and a Security Contractor operating in Afghanistan. Frank has had the opportunity to educate and coach what he has learned instructing: Self Defense Programs, Military Police Defensive Tactics, Marine Corps Martial Arts, Wrestling, Judo and BJJ.

“Martial Arts represents an opportunity to develop our minds and bodies to adapt to what happens around us.  Traveling down this path we learn to overcome adversity, the value of hard work and to stay humble, always seeking to be better than the day before.” 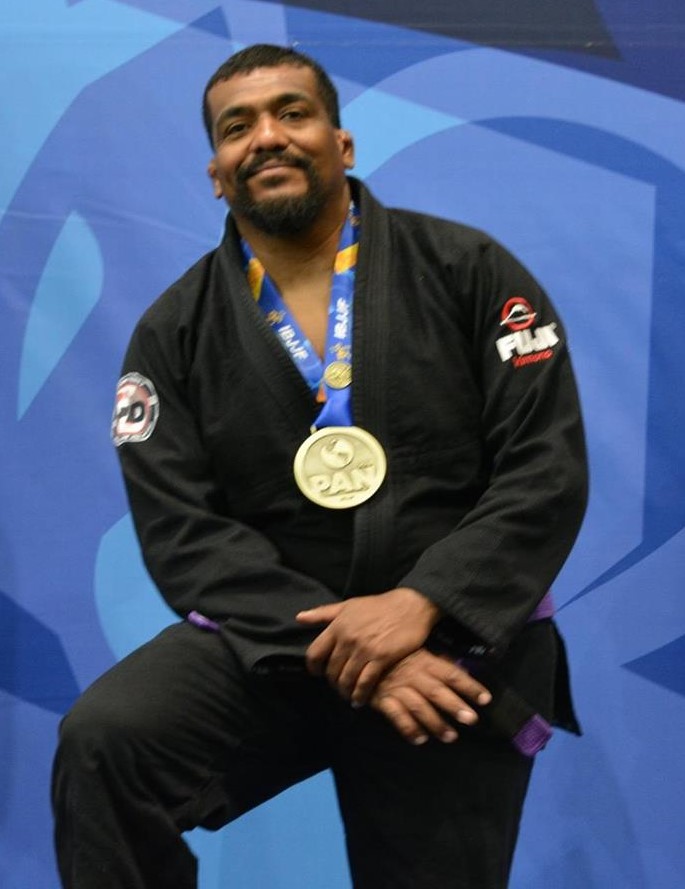 My name is Edrik Williamson, I am 43 years of age.

My Wife Robin Seyler and I have four children Eric (26), Myra (20), Aiden (13), and Adonis (11). I have been doing Martial Arts for as long as I can go back in my childhood and will continue to do so until I absolutely can not. I learned combative Kung Fu from a man I used to give a hard time and many headaches, but he passed away before I could really appreciate and thank him; I trained during the ages of 9 to 18. While in the U.S. Army, I was stationed in Korea NOV 98 – NOV 2000 I took up 2 years of Ninjitsu and American Kick Boxing. Amidst the Road Marches and Worse case scenario drills along the Korean DMZ we all did many tournaments to which I left my two year term with one loss out of 17 fights. I left Korea in December of 2000 and Due to workload and lack of schools near me; I was unable to continue my martial arts passion until after my Military Retirement (2010). No matter the journey of one’s life every encounter or experience has its’ place in what makes you.

I began Jiu-Jitsu September 2012 with Professor Roland Torres at River City Martial Arts; I was 385lbs and could barely move even around myself, after one and a half years I lost 75 lbs and was taught how to not rely on my bad knees, but use my past martial arts experience to solidify the game I still use to this day. I moved to Pinnacle Martial Arts, March of 2013, with Professor Adeildo Melo Jose Junior, Professor Matthew Fox and Professor Robert Brown; because of the different belt system at the previous school I started over as a no stripe white belt. Understand Professor Torres just did not have day classes and lead to my move. I trained at Pinnacle for one and a half years losing 60 lbs learning to hunt submissions and what is known as “street” Jiu-Jitsu with the strict tutelage of Professor Junior then the importance of drill & purpose from Professor Fox to which I earned my Blue Belt. When Professor Junior moved to Ohana Academy Alamo location AUG 2014, I was not far behind. Ever since Training again under Professor Junior now including Professor Gleidson ‘Poney’ Cutis and Professor Jason Yerrington I earned my Purple Belt. It was through Ohana I got to meet Professor (HANSHI) Jeff Bonugli who I want to be in my life as a person; not just a champion but an Icon. My Journey is far from over, many long to have that Black Belt adorn their stories, but I want the Coral Belt because if you’re not aiming for the top; it means you are looking to settle and I can’t think of a time in my life I longed do that once.